Developed out of a residency at SOAR works in Sheffield with Poly-Technic where I researched the phenomena of trap streets. Trap streets are a device used by cartographers in an effort to identify copyright infringements. A trap street is one added to a map which either doesn’t exist or which is falsely represented or named.

Spending several weeks in the spring/summer 2013 looking for trap streets in Sheffield and finding no conclusive evidence I became interested in the differing shapes created in maps by cartographers to represent roads and pathways. Selecting a number of these I created a projection work which was projected on the side of Weston Park Museum in Sheffield and a print edition which formed part of an edition produced with One Thoresby Street. The print edition is available to purchase here. 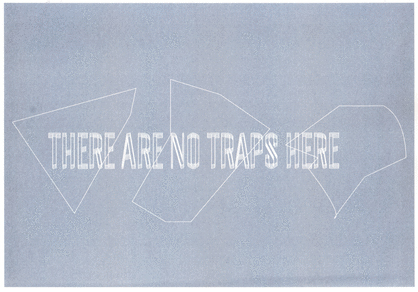