A project produced in collaboration with artist John Harris produced as part of a residency at Unit 7 Studios in Govan, Glasgow. The project partially inspired by the 1973 Clint Eastwood film, High Plains Drifter in which a stranger who walks into a small town and subsequently adopted by the townspeople to protect them from a situation of their own making. Eastwood’s Character gives the townspeople an opportunity to defend themselves against their situation and to take responsibility for their actions. The work uses the film as a means of reflecting on the nature of development and the relationships between individuals and surrounding cultural/social progress.

The outcomes from this project included a sculptural work was produced and installed on the disused Govan Graving Docks during the residency period. This was given to local frequenters of the docks who supsequently adapted the structure for use as a pigeon coop.We were also invited to produce a print design by curator Beth Bramich for her publication project Wasteland Sculpture Park and a short video which was shown as part of a Pipe Factory satellite project called the Library during Glasgow International. This video is presented below. 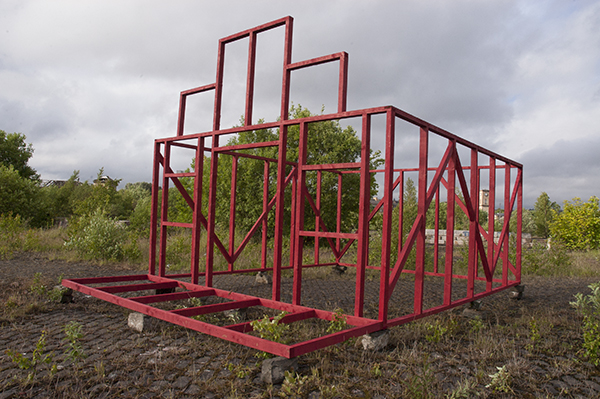 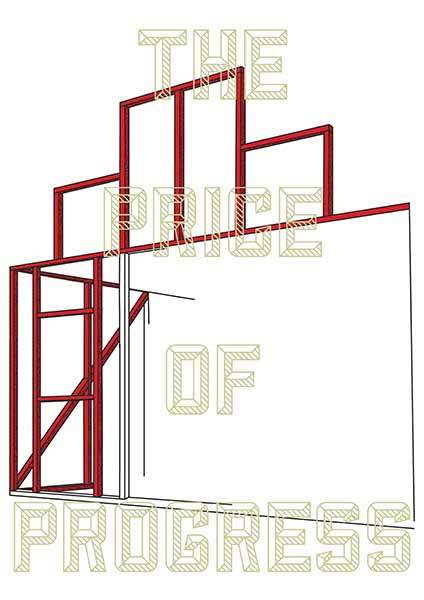 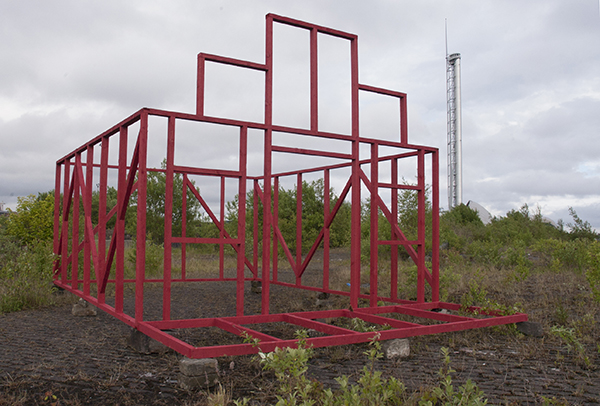